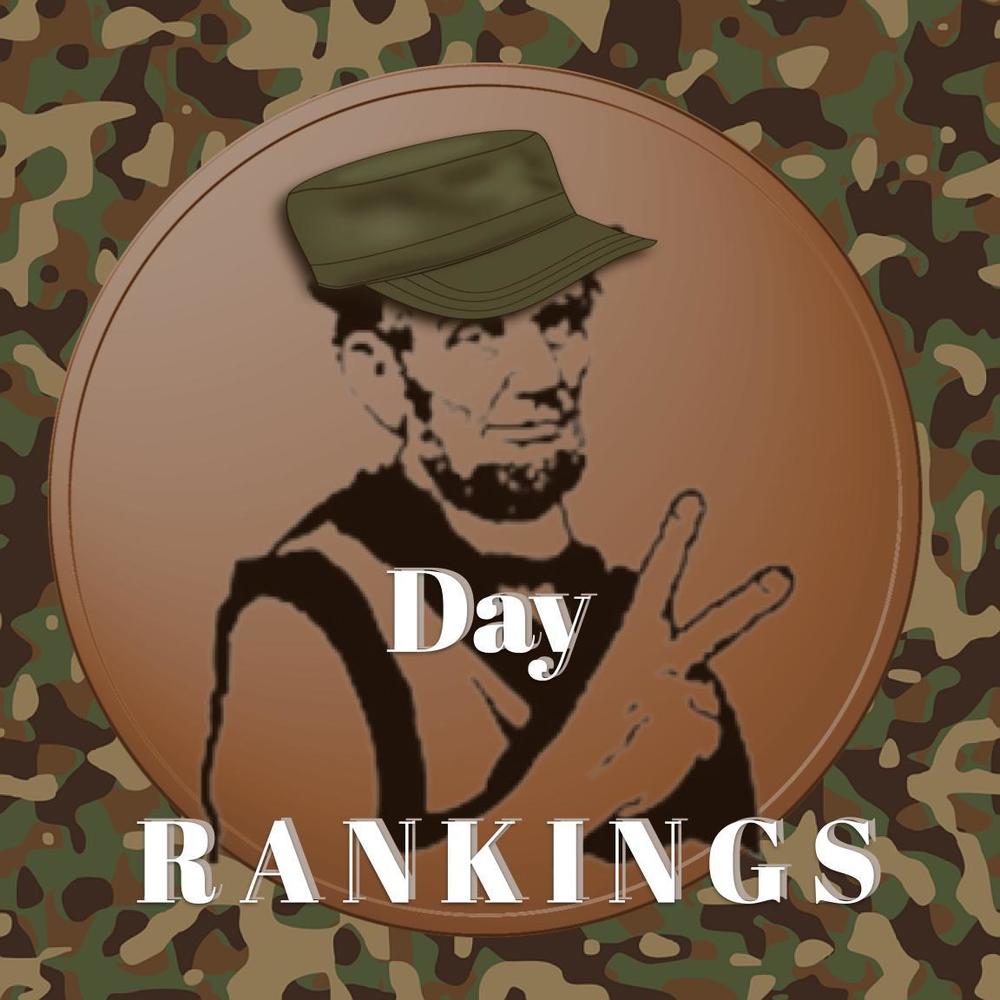 Day 2 on the frontlines proved that when the Shuford soldiers set their minds to something, they will stop at nothing to make it happen. Even if it means charging the Kindergarten hall to take down yesterday's leader and not just kick Mrs. Powell off the leaderboard, but to make sure her class will have to fight the good fight before they even think about claiming victory. It's safe to say that her soldiers, along with many others, are going to need medical attention if the war presses on as it has begun!

Another revelation from Day 2 of battle is that it appears being "new" doesn't mean you're safe... perhaps it's a form of initiation into Shuford, because these veteran soldiers who have fought this battle before are showing NO mercy on the newly enlisted staff members and teaching them to ammo up or wave the white flag early!

It's still anyone's war at this point... no one is safe heading into Day 3 of battle tomorrow. Rest up Shuford soldiers and reload your ammo - we're only halfway there!! 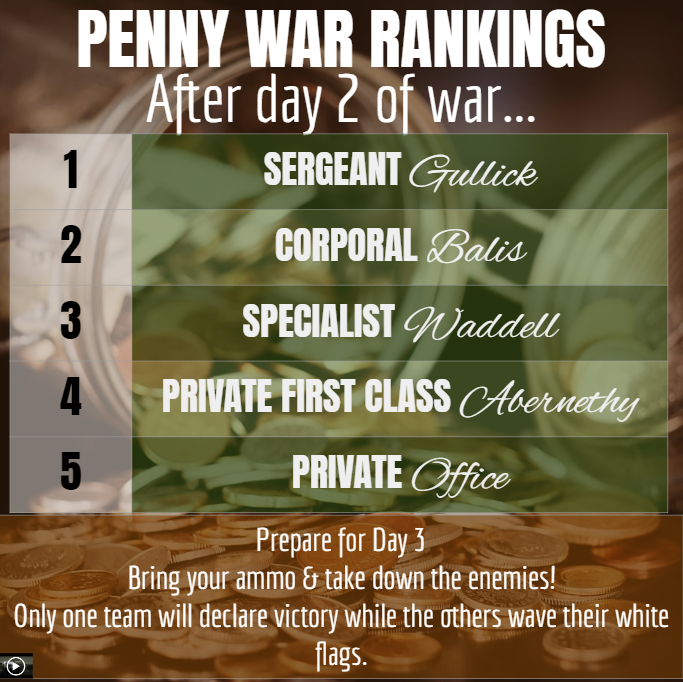